» Blog » Diesel-powered Wrangler not for U.S.

Diesel-powered Wrangler not for U.S.

There is a huge number of Jeep enthusiasts in the US who would like to own a diesel-powered Wrangler. I am one of them. Unfortunatelly Chrysler does not offer a diesel engine in the US. Yet we all know that it is being sold in Europe and Australia (in Europe almost 50% of all new cars sold today are diesel-powered, that number in the US is 3%!).
Chrysler management says that we might see a Wrangler with a turbo diesel in the next three years. Might…

Yet in Europe, you can go down to a dealership today and buy a brand new Jeep Wrangler with a 2.8 liter CRD four-cylinder turbo diesel. That engine sourced from Chrysler has an impressive 174hp and staggering 339 lb-ft. of torque. That is plenty of grunt for crawling rocks, climbing hills and going to WalMart for dog food. Sparking even more jealousy of our European Jeepers, the diesel powered Jeep Wrangler gets 23.7 mpg in the city and 35.8 mpg on the highway. And if you average that out you get a combined 30 mpg.

Here’s few facts about diesel fuel value and price:
As of 2010, the density of petroleum diesel is about 0.832 kg/l (6.943 lb/US gal), about 12% more than ethanol-free petrol (gasoline), which has a density of about 0.745 kg/l (6.217 lb/US gal). About 86.1% of the fuel mass is carbon, and when burned, it offers a net heating value of 43.1 MJ/kg as opposed to 43.2 MJ/kg for gasoline. However, due to the higher density, diesel offers a higher volumetric energy density at 35.86 MJ/L (128 700 BTU/US gal) vs. 32.18 MJ/L (115 500 BTU/US gal) for gasoline, some 11% higher, which should be considered when comparing the fuel efficiency by volume. The CO2 emissions from diesel are 73.25 g/MJ, just slightly lower than for gasoline at 73.38 g/MJ. Diesel is generally simpler to refine from petroleum than gasoline, and contains hydrocarbons having a boiling point in the range of 180-360°C (360-680°F). The price of diesel traditionally rises during colder months as demand for heating oil rises, which is refined in much the same way. Because of recent changes in fuel quality regulations, additional refining is required to remove sulfur, which contributes to a sometimes higher cost. In many parts of the United States and throughout the United Kingdom and Australia, diesel may be priced higher than gasoline. Reasons for higher-priced diesel include the shutdown of some refineries in the Gulf of Mexico, diversion of mass refining capacity to gasoline production, and a recent transfer to ultra-low sulfur diesel (ULSD), which causes infrastructural complications.

Automakers in the US regularly use these excuses for why they are not offering diesel-powered cars in our country:
1. Diesel has a bad reputation
To get an idea what the diesel reputation is, take a look at Audi’s new ad campaign for their diesel vehicles. It’s all about countering diesel’s old reputation: “Diesel: it’s no longer a dirty word.” Audi attempts to confront some misconceptions about diesels, including the assumptions that they are noisy, dirty, sluggish, and slow. This is all untrue, of course.
Regardless of what the truth is, diesel is still associated with big semi trucks spewing exhaust and those old, nasty diesels from decades ago. With the proliferation of ultra low sulfur diesel (ULSD), diesel vehicles are as clean as or cleaner than gasoline vehicles. And because diesel has more energy than gasoline per volume, fuel efficiency is much better, up to 35% better in fact. One concern of diesels is that they have higher NOx (smog-forming) emissions. The new diesel vehicles have technology that works in conjunction with the ULSD to reduce these emissions.

2. Diesel-powered cars are more expensive and buyers wouldn’t be willing to pay that premium
While it is a fact that diesel engine is more expensive to manufacture, making the vehicle cost more, it is also more durable and fuel efficient, providing big savings in the long term. Fuel efficiency of an average diesel engine is 35% better than a gasoline engine. With the vehicle price tag premium and higher fuel price it will take few years to see the savings, but fortunately, diesels are great long-term vehicles. It is not unusual to see a diesel last for 400,000 miles or more. You also won’t have to worry about maintaining an electrical starter system, and diesel gas is less corrosive, so your exhaust system will last longer.

3. There isn’t enough demand for diesel-powered cars to make it profitable to build new plants
To quote one of the Ford executives: “Building a plant would cost at least $350 million at a time when Ford has been burning through more than $1 billion a month in cash reserves. Besides, the automaker would have to produce at least 350,000 engines a year to make such a venture profitable. We just don’t think North and South America would buy that many diesel cars.”

5. High demand and limited supply will make diesel fuel more expensive and less popular in the future
High worldwide demand for diesel fuel and other distillate fuel oils, especially in Europe, China and the U.S. and a tight global refining capacity available to meet demand.
According to the European Union’s most recent economic report, diesel autos accounted for 53.3 percent of all new registrations in 2007, a huge increase from the 13.8 percent share recorded in 1990. That’s several million new diesel-consuming vehicles every year. In India, the number of diesel-powered passenger vehicles is also rising rapidly. The number of all new passenger vehicles sold in India more than doubled in the past five years, according to statistics from the Society of Indian Automobile Manufacturers, hitting more than 1.5 million during the most recent model year. In China especially, diesel consumption has been soaring as the economy booms.
In addition, the transition to ultra-low-sulfur diesel fuel in the United States has increased the cost to produce the fuel, which ultimately increases price, although cleaner gasoline requirements have also increased the price of gasoline. Finally, the Federal excise tax on diesel fuel is 6 cents higher per gallon (24.4 cents per gallon) than the tax on gasoline.

I am usually not the one to believe in conspiracy theories, but based on the fact that our own US car makers have been manufacturing and successfully selling diesel-powered cars all over the world and do not want to do it at home, it sure feels like there is another reason why we keep hearing those excuses year after year.
Just think about it, diesel reputation could be easily restored with an advertising campain to convince people that today’s diesel engines are not those noisy, dirty and sluggish monsters from about 30 years ago. Europeans sure get it, so can we.
Even with a higher sticker price, diesel-powered cars use less fuel and their engines require less maintenance, making them last longer and save you money.
Automakers already have engine plants in other parts of the world and assembly plants right here in the US. Why not simply import their own diesel engines from those overseas factories and use them in their cars made here. When the demand rises, it would be finally profitable to build engine plants here too.
Our emissions standards are very strict, but they are not much different from the laws in other countries, where diesel is very popular.
In the US gas taxes make up for about 12% of the gasoline retail price. In some European countries fuel prices include up to 75% tax rates. That is why even though it feels like our fuel prices are really high at about $4.00/gal, we are lucky to have such cheap fuel compared to $9.00/gal in Denmark for example. In all European countries diesel is cheaper than gasoline, but even with $8.30/gal of diesel it is still so much more expensive than in the US. You can see why diesel engines are very popular in Europe, since the fuel is cheaper at the gas station and engines are more efficient. It is very curious that in the US diesel is somehow more expensive than gasoline.
With all the increasing numbers of diesel-powered vehicles in Europe, Australia and Asia, their oil refineries are still keeping up with demand for diesel fuel, keeping it’s price below the price for gasoline, and restructuring in order to focus more on diesel and less on gasoline. I say, with a bit of willingness, US refineries can do the same, and meet the rising demand for diesel fuel, when the diesel engine becomes more popular.
It’s worth mentioning that The Department of Energy estimates that if 30 percent of the passenger cars and light duty trucks in the U.S. ran on diesel, oil imports would be reduced by 350,000 barrels a day.
And in my humble opinion “therein lies the problem”, since you know what they say: “if you don’t know what it’s all about, it is all about money”.
Our Big Oil companies have been enjoying huge profits for many years, thanks to the fact that our cars use so much gasoline, and the engines are so inefficient. Oil industry’s lobby is very strong in Washington, making sure that nothing changes. The public needs to keep thinking that diesel engines are still terrible, emission standards for diesel engines have to be as strict as possible, car manufacturers need to be scared to start selling the diesel-powered vehicles, and the few foreign auto makers selling diesel-powered cars in the US use technologies that are not biodiesel compatible. After all if half of our cars were running on renewable fuel like biodiesel, the powerful oil companies would loose all that profit.
If you realize what kind of money is at stake, it becomes more apparent why we are not going to see diesel-powered vehicles in the US anytime soon.

But that is just my opinion, and you are welcome to totally disagree. 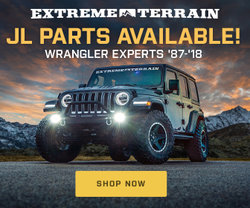 Check out these useful items